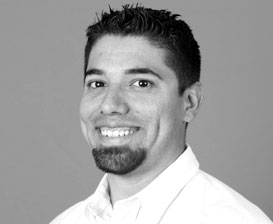 Michael M. joined Altitude in the spring of 2017 after completing the HVAC program at Lincoln College of Technology here in Denver.

Before that, Michael had several years of HVAC experience working on the commercial side of the industry.

Michael has become a fantastic technician in what most would consider a very short period of time, but his dedication to being the best at what he does and his commitment to learning have put him in the top echelon of HVAC technicians.

Michael is also a very committed Dad to his 12-year old daughter and 8-year old son, and spending time with them is his highest priority outside of work.

Michael also has quite a bit of artistic ability as well. He plays the guitar, and has played music in a band with his brother since he was a teenager.

In addition to his musical talents, Michael likes to draw and paint in his downtime. Although with two young children at home, his spare time is very limited, so his artistic pursuits take a backseat to his role as Dad.

All of us here at Altitude Comfort are very proud of Michael for his many accomplishments, and for being such a fantastic person to work with. If Michael is assigned to your service call or installation, you can be sure he will take great care of you.